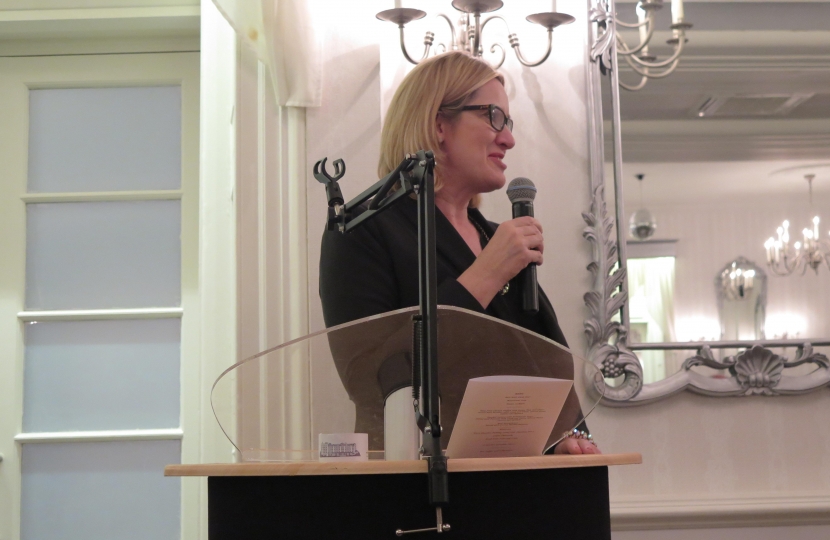 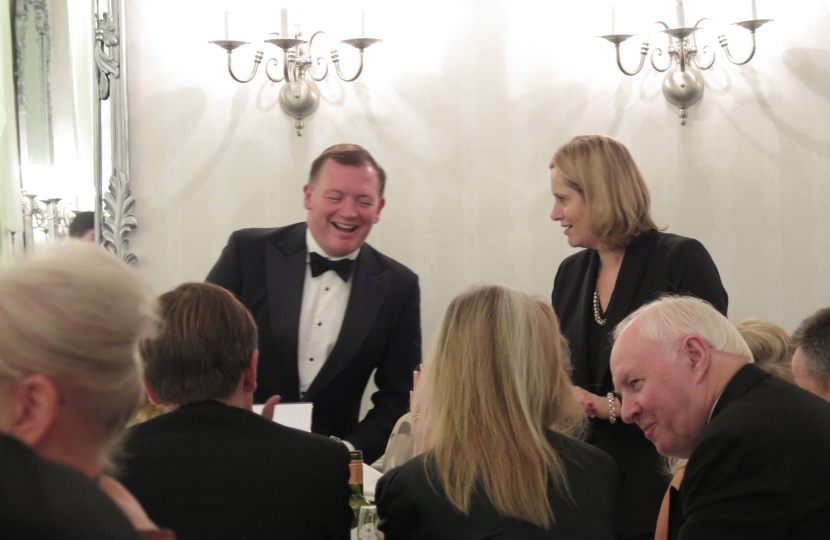 Home Secretary, Amber Rudd, was the guest of honour at the annual dinner of the Folkestone & Hythe Conservative Association’s Annual dinner held at the Hythe Imperial on Friday 18th November.  Former Home Secretary, Lord Howard of Lympne introduced Amber Rudd who gave an impressive speech covering many important issues such as public inquiries, immigration and  people trafficking as well as amusing everyone with tales of her time as an MP and minister.  Over 100 local Conservatives supported the event including many new members.