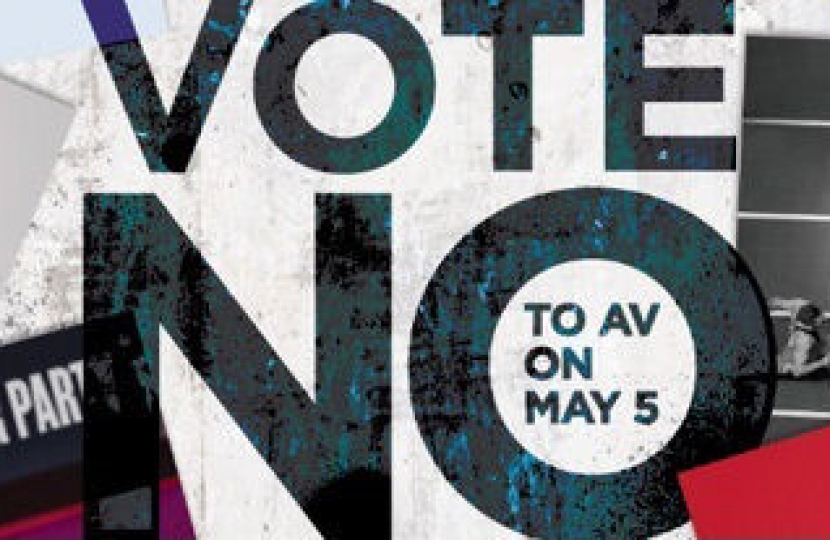 Kent County Council pledged its opposition to the Alternative Vote (AVE) system in a debate on Thursday, 6 April, and called for the residents of Kent to do the same.

Conservative County Councillors argued in favour of the current “first past the post” system as simple to understand.  The electoral commission’s leaflet takes just 59 words to describe ‘first past the post’ but uses 351 to explain  AV.

As well as being difficult to explain it costs more to run with multiple counts.  And to what end?  Cllr Julie Rook (Member for Deal) cited research that found AV would not necessarily have changed the overall result of the last six general elections.

AV could lead to a candidate winning, when no-one placed them as their first choice – as happened when Labour elected Ed Miliband as its leader.

With less than four weeks to go to the AV referendum, County Councillors were urged to wake up Kent to the dangers of AV and to keep our hard won principle of ‘one person one vote’.

Gary Cooke (Member for Maidstone South East) reminded everyone that only last April Nick Clegg, leader of the Liberal Democrats called AV a ‘miserable little compromise’ yet now his party was in favour of it.  He added that only Fiji, Papua New Guinea and Australia use AV for elections and most voters in Australia want to get rid of it.

At the end of the debate the vote was overwhelmingly against AV.

Cllr Jan Holben said "Why on earth would anyone choose such a complex and expensive process especially as the eventual result would seem to be comparable with the luck of the draw?"