Go the extra mile next Thursday 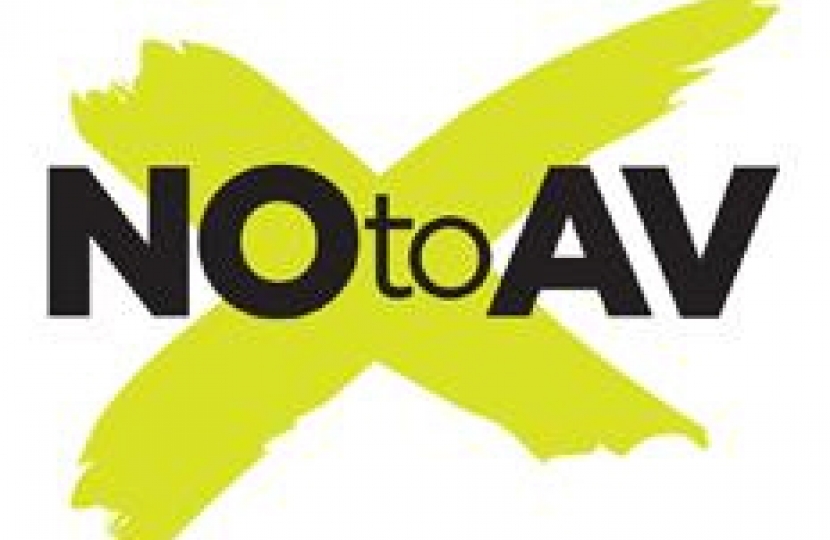 A week today, Britain will make one of the most important decisions in our political history. I call the AV Referendum the mother of all elections - because this is critical to the future of our democracy.

The simple fact is unless enough people go out to vote next Thursday we could end up sleepwalking into a system which damages our democracy permanently. This is one election with no expiry date.

So with seven days to go, I am calling on you to join me and help win this referendum. From Belfast to Brighton, Glasgow to Gravesham, in Cardiff, Canterbury or Carlisle - we need you to help get out the vote. This is one of those elections where I need you to go the extra mile.

Remember: there are three big reasons why Britain should vote No next Thursday.

First, AV is unfair. With First Past the Post, everyone gets one vote. But under AV, supporters of extreme parties like the BNP will get their votes counted more than those who vote for mainstream parties. Put simply, BNP votes are worth more than yours.

Second, AV is confusing. Just look what happens in Australia, where they use AV and want to get rid of it. Party workers stand outside polling stations with 'How to Vote' cards, telling people the exact order to rank each candidate.

And third, AV is costly - no matter what our opponents claim, there is a real danger that AV would be an expensive political fix, coming with higher costs and a raft of new bureaucracy.

Take a look at the rest of the world. Right now, First Past the Post is used by 2.4 billion people across the planet. It's the most widely used system in the world. But AV is used in just three countries: Australia, Fiji and Papua New Guinea.

So if, like me, like Churchill, like many leading historians, sports stars and scientists, you know that AV would be a disaster for our democracy, get in touch with your local association and find out how you can help.

There's also still time to join our No to AV Group. Over a thousand people have already signed up, and they're really helping to shape our campaign, giving important feedback and getting exclusive previews of all our No to AV ad campaigns.

Whether it's delivering leaflets, canvassing constituents, or putting up posters, anything you can do will help in these last few days. And while you're at it, you can also get involved in our local election campaign - and help stop Labour doing to your council what they did to our country.

We found this tuneful and amusing video which says it all - entitled "The NO Campaigns Secret Weapon":

And third, AV is costly.