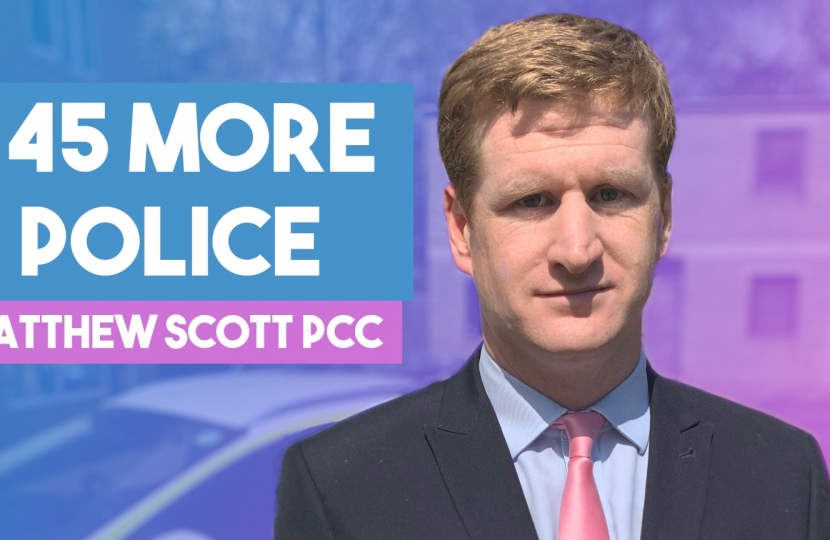 Today, Matthew Scott, our Kent Police and Crime Commissioner, launched his Budget plan for Kent Police that will see police numbers rise to 3970 by March 2022.

Thanks to a combination of council tax payer support and extra funding from the Government’s uplift programme, this will mean that Police Officer numbers in Kent will have risen by 788 since Matthew's election in 2016.

Matthew said, "I’m delighted to present another budget plan that will see officer numbers rise. We have more Police in Kent now than ever before and they are making a difference.

Crime is falling. Gangs and county lines are being shut down. Knife crime is lower and more burglars are being brought to justice. We have faced a real financial challenge through the pandemic but in spite of that officer numbers are still increasing and crime is falling.

And that work has continued as Officers, Staff and volunteers continue their job of policing through the pandemic – which they have done very well.

As part of the budget plan, Kent will receive £10.1m from central government and the local council tax precept will rise by just £1.25 per month, or £15 per year for an average band D property.

In my Annual Policing Survey, which ran through December 2020, 75.12% of the 3276 people who responded supported this proposed increase.

This plan will mean more police dealing with the issues that residents tell me they want action on – improving investigations, stopping gangs and working with schools."

This is just another example of why we need to re-elect Matthew Scott as our Police and Crime Commissioner in Kent when the elections happen later this year.