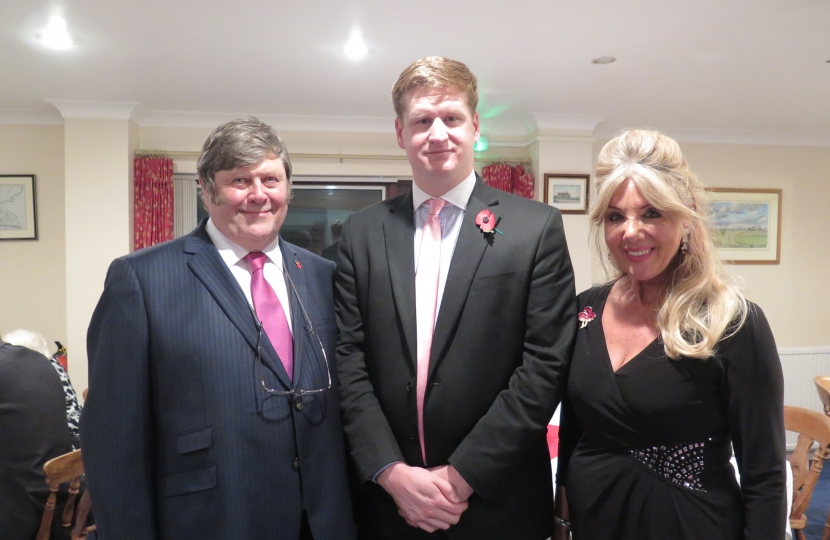 Matthew Scott was the guest speaker at the annual dinner of the New Romney Conservative branch held at Littlestone Golf Course on 04 November.  Reflecting on his first six months Mathew spoke about how he was delivering the six point plan on which he’d been elected.  In a lively Question and Answer session after his talk, Tony Hills asked Matthew what was being done to increase the amount of visible policing in areas such as Romney Marsh.  Matthew responded with news of an increase in Police Officers, PCSOs and Special Constables and spoke about a cadet force for young people he plans for Kent all of which will help.

Matthew is preparing a new Police and Crime Plan for Kent and was keen that as many people as possible respond to the consultation.  It’s our chance to help set his priorities.  Go to www.kent-pcc.gov.uk/take-part  (or ring 01622 677055 for a printed form).  You have until 02 December to respond.  County Councillor, Susan Carey says, ‘I shall be asking for Kent Police to give a higher priority to tackling bad drivers.  Driver behaviour is the major cause of all road traffic casualties in Kent and we need speeding, using mobile phones whilst driving and other dangerous behaviour to be a high priority for Kent Police.’