Permits not bans to support our local fishing industry 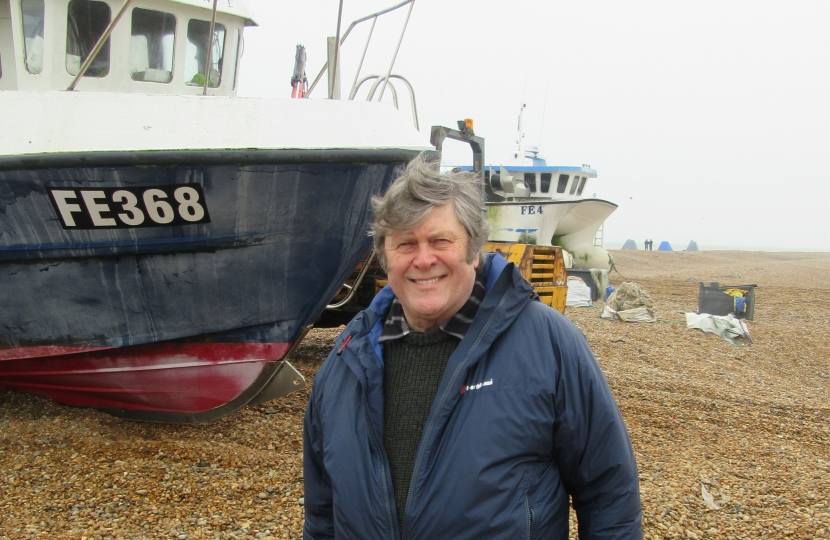 Tony Hills, the Conservative candidate for the Romney Marsh County Council seat has been reporting back on his meeting on 12 January 2017 to lobby on behalf of the local fishing industry.  Together with Folkestone & Hythe MP, Damian Collins, Terry Noaks of Folkestone Trawlers and trawlerman Paul Beresford, Tony met with Dr Therese Coffey MP the Under Secretary of State for Environment, Food and Rural Affairs in her parliamentary office.

Tony says that they told Dr Coffey that the proposed infill Marine Conservation Zones for the Hythe and Rye bays could spell the end to inshore commercial fishing in this area.  The delegation proposed instead a permit system to control the number and size of craft using the Hythe Bay.  Tony made the case that any further MCZs should be offshore (like the Pomerania) to limit damage to our coastal inshore economy.

The minister said that nothing had yet crossed her desk on MCZs but expected something to be ready for consultation by the summer.  In the meantime she asked the delegation for their views on the proposed marine Special Protection Area to protect foraging terns.  Tony sees this as another threat to local fishermen.

‘When I was a youngster,’ says Tony, ‘there were forty fishing boats in Dungeness and now down to four.  Do we really want to put people out of business and destroy our coastal community?’

Tony believes in  ‘Balanced Seas’ where the interests of the fishing industry and conservation are both protected are the best way forward.