The popular Annual Dinner - a success yet again 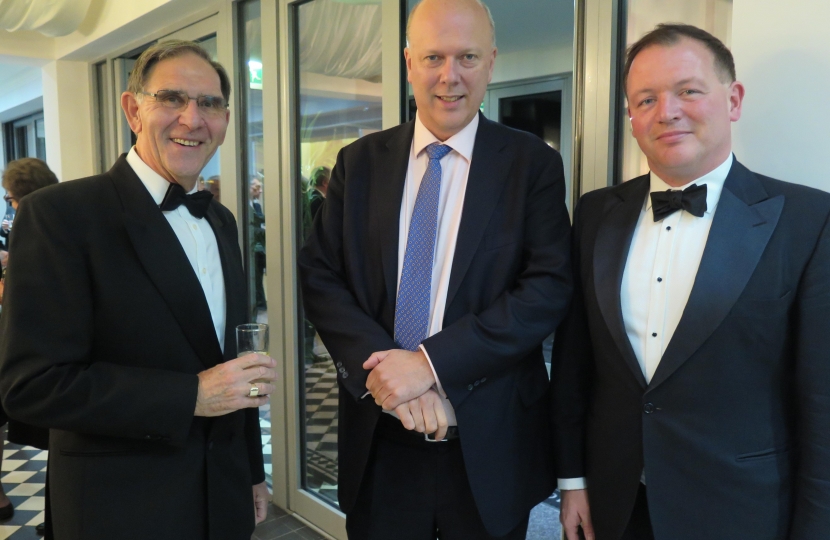 Over 100 people attended the Folkestone & Hythe Conservative Association Annual Dinner on Friday 27 October at the Hythe Imperial Hotel. Guest of honour was the Rt. Hon. Chris Grayling MP, Secretary of State for Transport who also spoke and took questions after the meal. He said that transport was something that affected most people most days of their lives and that everyone had a view on it. This was demonstrated in the questions he was asked with the lorry holding area being a hot topic. Chris Grayling reiterated the Government’s support for the investment which he said would improve resilience. Other questions raised concerned the new rail franchise that will serve Kent, social care and GP services.