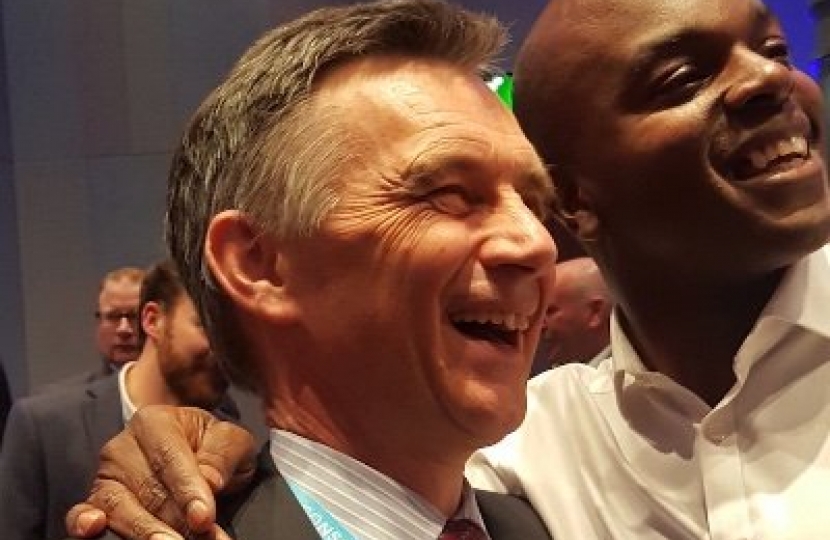 Rory is a local man, born in Folkestone, and brought up in Hythe.  After university, he worked for a major national building society, where he specialised in customer service and training.  He returned to Folkestone in the mid nineteen eighties.

First elected to the District Council in 1987, serving as Council Leader for four years, he has become one of the Conservative Party's most respected councillors, having held senior regional, national, and international roles.  His experience and knowledge means he's better placed to get results for residents.

His "Rail for Folkestone" campaign, 20 years ago, changed Government policy and won the high-speed, direct rail services between Folkestone and London that started the area's resurgence.

Rory is known for speaking his mind.  What drives him is a passion to speak up for local residents who may otherwise have no voice.

Rory keeps fit by going running every morning, and enjoys attempting to solve the Daily Telegraph's Kakuro puzzle.  He was appointed OBE in the 2019 Queen's New Year Honours List for public and political service.

If re-elected, he will focus on re-opening key public services post-Covid.  He wants the same effort that went into tackling the epidemic to go into securing an economic recovery for Kent's residents.

Above all, Rory makes one simple promise: “I'll never forget that I'm your voice in County Hall; not County Hall's voice in Cheriton, Sandgate, and Hythe East."