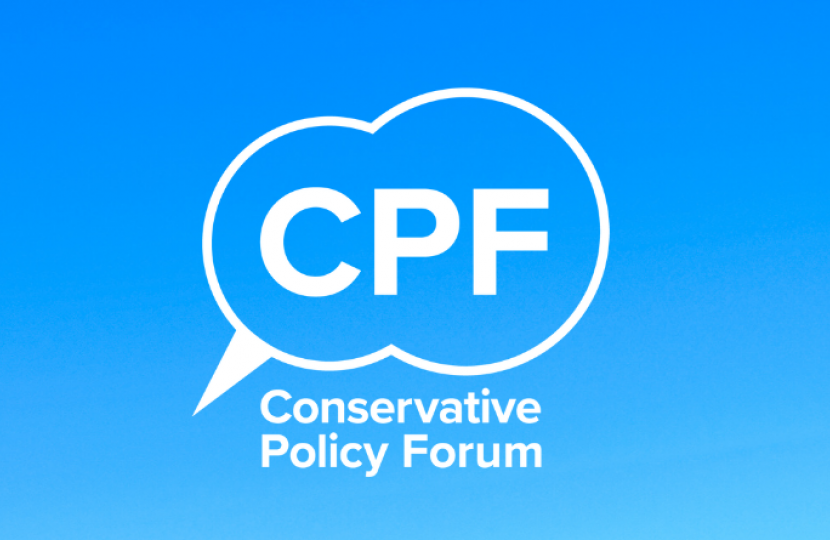 What does the CPF do?

What is the aim of the CPF?

The CPF has an important role at the heart of the Conservative Party. With a direct line to the Prime Minister's Policy Unit and Government Ministers, a programme of regular national policy discussions, monthly members' surveys, newsletters, video conferences with leading members of the Party and roundtable discussions at 10 Downing Street, its members have a real say in the direction our Party is taking.

What is the Impact of the CPF?

CPF Members have played an important role in recent years, providing a number of ideas that have gone on to become Party and Government policy: 57% of commitments in the published 2019 Party Manifesto could be traced back to ideas proposed by CPF groups. There is a genuine recognition at the top of the Party that the views of members need to be sought and heard.

And that’s where CPF Members come in

We want you to think through the challenges that Britain will face in the years to come. What will the state of Britain be like in five years? How will the Government’s current structural modernisation programme change Britain – and what new challenges will emerge as a result? What are the likely economic, social, security and environmental pressures, which we will face in five years?

Some of the areas we must now look into include:

The CPF aims to publish five national discussion briefs each year, in January, March, May, September and November. Papers are published at the start of the month and the deadline for submitting responses is at the end of the following month.

Since re-launching after the last general election, CPF has collected policy suggestions from about 250 different groups, representing around 300 constituencies and over 3,000 members and supporters – all of which were summarised and sent to the Prime Minister's Policy Unit and to members of the Cabinet. These, in turn, all received a formal ministerial response and ongoing policy development behind the scenes.

Through this work we very successfully fulfilled our remit of helping the Conservative Party to identify the problems we will face during the next Parliament and, crucially, to address how we can secure a better future for Britain and for hardworking taxpayers.

How can you get involved?

By joining our local Folkestone & Hythe Conservative Association CPF group you will be able to contribute to these discussions.

How does our local FHCA CPF Group work?

Please email office@fhconservatives.org.uk and you'll be directed to the Chairman of the CPF.